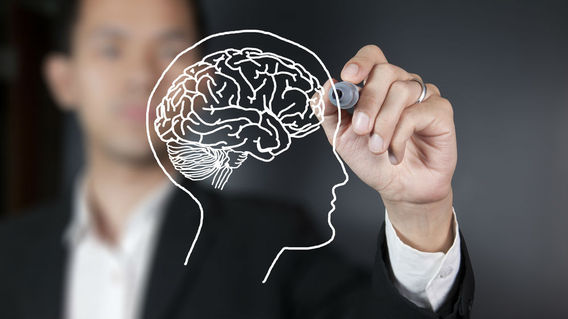 You’re Not a Genius (Yet): How to Rewire Your Brain

Here are five productivity hacks that will help you rewire your brain and turn you into a powerhouse worker.

If the list of demands given to you is too long, you might find yourself pushing back against all of it on a frequent basis.

This experience is called psychological reactance, and it kicks in whenever we have too much on our plate or feel heavily pressured.

Instead of doing the work, you spend more time reacting to it, therefore losing productivity.

The best productivity hack for this problem? Find ways to be more free and autonomous, because the freer you are, the more productive you become.

This will mean something different to each person, but there are some things you can try:

Research shows that ambivalent people are more likely to procrastinate.

So if you start saying “no” to projects you don’t think you can handle, you’re actually doing yourself a favor by being decisive.

Let’s say your boss asks you if you’re interested in working on that new, awesome project. Instead of jumping on the opportunity or pushing it away immediately, you take it to your desk, ponder it for a few days, and then maybe even ask to talk to your boss about it again.

In many cases, what you’d be doing is not so much being careful as simply procrastinating.

To avoid this, learn to become more decisive by setting a time limit for your decision or even just thinking out loud.

Our brains are hardwired to automatically think of and assume the worst when we’re dealing with a large project, which makes it that much harder to get started.

To make ourselves feel productive, we start focusing on small, pointless tasks – like checking Facebook, browsing for funny GIFs or responding to email. We do this even though they just sidetrack us from focusing on the end goal.

Let’s say you do accept that new project to work on. You get all the information, know when the project’s due, and then you do nothing. Well, maybe not nothing, but you do a little bit here and a little bit there.

You won’t jump into the project because you will be paralyzed by the thought of what could go wrong.

Even though they make it feel like you’re getting stuff done – you’re not.

Instead, the more energy you put into starting and focusing on the big picture, the more likely it will get done.

Psychological fatigue happens when you experience roadblocks or certain challenges. It makes it harder to tackle obstacles and deal with constraints.

You can see it happening to yourself when you start to become less emotionally attached to important projects or even when your attitude starts to sour at work.

“Suck it up and keep going!”

Those are our common, self-defeating mantras that guide us through a hard day. Instead of muttering these worn out phrases, we need to fight back. The best way to fight back is to double-down on teamwork and remember that you aren’t an island.

Finally, it’s not really a secret that stress prohibits you from doing the best job possible.

Stress is directly related to psychological fatigue. You need to figure out what ways work best for relieving your stress.

Though exercise works wonders for some, it may not for others who would prefer a few moments of absolute silence and meditation.

And if your company allows it, watch a short comedic skit on YouTube or share a good giggle – it will relieve stress and make you more productive.

As long as you’re willing to put in the effort, you can rewire your brain so you become more productive. Start with the techniques you think you can handle, master them, and then move on to other productivity hacks.

Which of these do you think will work well for you? Did we miss one of your favorites? If so, share it below.