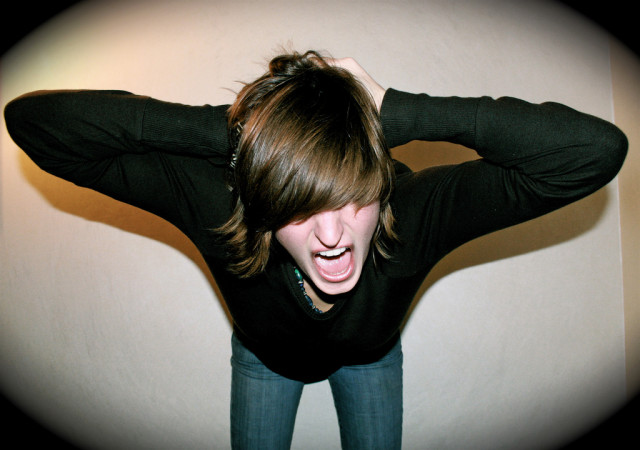 How being angry can make you more productive

Anger is a dangerous emotion and there’s no doubt that feeling angry makes it difficult for us to make good decisions and get things done. Nobody wants to feel angry and it’s rarely an emotion that we choose. However, no matter how hard we try, anger is an emotion we all feel at some point.

If we have to experience anger at some point in our lives (and sadly, we do), we have to learn to deal with the emotion in a way that not only doesn’t disrupt our lives, but improves them. It’s not quite as crazy as it sounds. Let me explain…

Use anger as a signal for change

“Usually when people are sad, they don’t do anything. They just cry over their condition. But when they get angry, they bring about a change.” – James Russell Lowell

“Cognitive restructuring” is just one method recommended by the American Psychological Association for coping with anger. Cognitive restructuring simply put means changing the way you think. For example, if someone criticizes your work you might think “this is terrible, I’m awful at my job, everything is wrong” and wind up feeling angry and frustrated. Cognitive restructuring would involve rationalising these thoughts into more productive ones like “I understand what I have done wrong and I’m upset about it, but now I’m going to focus on fixing it”.

Tip: Try to identify what is making you feel angry and what you can change to prevent it from happening again. This learning process will do you wonders in the long run.

Channel the energy being angry gives you

You’re probably already aware of the benefits of exercise on productivity (and pretty much everything else in life, am I right?) Regular exercise makes you happier, smarter and more energetic, all key ingredients in being productive.

You’re probably also aware of the body of research suggesting that exercise can act as a powerful prophylactic against the build up of anger.

You see where I’m going here, don’t you?

Using exercise to combat your anger is recommended by health professionals around the world and has massive health bonuses as well.

Tip: I try to combine exercise with reflection on why I’m feeling angry. One 20 minute run usually improves my mood significantly.

Channel your anger into being creative

Some of the greatest creatives in history claim to have produced their best work under the influence of anger and a number of other negative emotions.

“A wonderful emotion to get things moving when one is stuck is anger. It was anger more than anything else that had set me off, roused me into productivity and creativity.” – Mary Garden

While it is generally accepted that being angry doesn’t make people more creative, there is evidence to suggest that, in certain situations, people are able to channel anger into creativity…

In a 2010 study by Van Kleef et al, participants performed better on an idea generation task after receiving angry feedback. Not only did they produce more ideas, but the ideas they came up with were more distinct and unique.

However this was only true of participants who scored high on epistemic motivation – in other words, individuals who perceive angry feedback as an indication that they are not performing well enough and need to improve.

Tip: If you receive angry feedback from a colleague, don’t rise to it. Consider their point logically and take it on board – it might just improve your work.

There is no doubt that anger is an unproductive emotion. Most of the time nothing good comes of being angry. But it doesn’t have to be that way. If you channel negative emotions correctly, you have the capacity to turn your anger into creativity and productivity.

How do you turn negative emotions into positive ones? Share your experiences in the comments.